Other training is also available:
S'inscrire à la formation
Angular is a robust platform and many products relay on its foundation.
Teams have now learned about best practices and tooling.
In this workshop, you will learn about the less known areas of Angular so
you can take your skills and your team to the next level!
During the training we will cover the following topics: 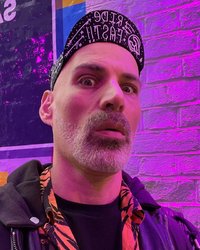 Gerard Helps Developers succeed in Artificial Intelligence and Web3; He is very excited about the future of the Web and JavaScript. Always happy Computer Science Engineer and humble Google Developer Expert. He loves to share his learnings by giving talks, training and writing about cool technologies. He loves running Web3 London, GraphQL London, GraphQL San Francisco, mentoring students and giving back to the community.