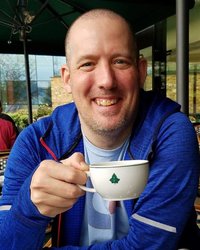 Christopher Harrison is a self proclaimed geek who has managed to turn what he loves doing into a career. At present, he's a software development engineer at Microsoft. He's created content published to edX.org and Microsoft Virtual Academy, covering the full web stack, ASP.NET and OSS.

Christopher got his first exposure to computers when his father brought home a Vic-20. After graduating on to a Commodore 64, and eventually PCs, he realized there was a career to be had "playing" with tech.