Writing a Ruby Gem for beginners

You've seen all the Ruby gems available, and heard a
lot about them. Where do they come from? How do you
create one? And why would you want to?

There is no One True Way to create a gem, and different people
will give you different recommendations.

Using his own code for examples, Ken Coar will walk through
one of the many paths available from 'why?' to 'ta-daah!'
describing what was done, why, and what pitfalls he remembers
encountering. It worked for him; it might work for
you too. 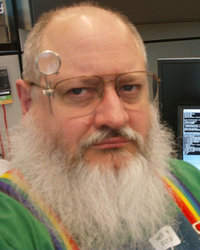