Back in 2016, I deployed an ASP.NET monolith app to IIS on Windows. It worked but it was clunky in every sense of the word. Over the years, the app was freed from Windows (thanks to .NET Core), containerized to run consistently in different environments (thanks to Docker) and decomposed into a set of loosely-coupled, event-driven, microservices (thanks to Knative and Cloud Run). Let's talk about the journey and learnings along the way. 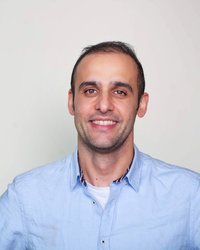 Mete is a Developer Advocate at Google, focused on helping developers with Google Cloud. As a long-time Java and C# developer, he likes to compare the two ecosystems. Prior to Google, he worked at Microsoft, Skype, Adobe, EMC, and Nokia building apps and services on various web, mobile and cloud platforms. Originally from the island of Cyprus, he currently lives in Greenwich of London, not too far away from the prime meridian.