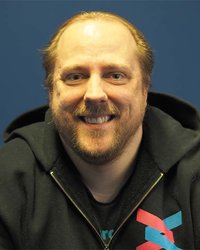 Between having a family life, doing several radio shows and podcasts for Dutch radiostation KINK and attending conferences and usergroup meetings, Stefan tries running a company called Ingewikkeld and organizing WeCamp and Comference. Having worked with PHP and several of its open source products since the late 90s, he still likes it for getting the job done.

A lot of companies think contributing to open source is hard, but is it? In this talk you will hear about how Ingewikkeld, a small Dutch development and consultancy company, has built a sustainable model for both making a profit and also doing solid contributions to open source projects.

Symfony 0.6 to Symfony 5: What I learned from the framework

I came to symfony (back then in lowercase) before the first stable version. We are now at version 5. Over all those years the framework has evolved massively. In this talk, I'll go through some of the lessons I learned from the evolution of the framework as well as the ecosystem around it, and how we can apply those lessons in our day-to-day work.