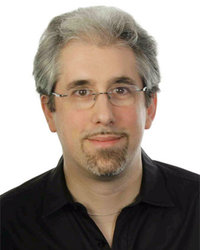 Arne Blankerts has already dealt with computers when networking was still an adventure. As long-standing head of development of an internet agency, he has created solutions far ahead of the times already years ago. As Co-Founder and Principal Consultant of The PHP Consulting Company (thePHP.cc), Arne helps clients to develop software successfully. He is (co-)author of various Open Source tools, and is a regular presenter at conferences. In his free time he reads fantasy and likes to cook.

Daemons with PHP: Should you really do that?

In today's event driven world, asynchronous background processing is a given. But using a rather traditional approach of periodically running scripts causes unnecessary delays and other problems. On the other hand, long running background processes are not exactly known to be a strong hold of PHP.

Is that still true for modern PHP? If not, how could such a process look like? Could we make it scale? Good questions, this talk has the answers!

First, there was the TestListener interface for extending PHPUnit. But it was abused, because it allowed more than just listening. Then came the TestHook interfaces, but they were inconvenient to use. Now PHPUnit 10 introduces a new event system for developing extensions and for in-depth analysis of your testsuite, hoping to overcome the shortcomings of its predecessors while providing new insights to test execution - and more!