MacOS for the .NET Dev

So you’re a .NET developer, and you’re through with Windows. It’s not him, it’s you; you’ve just grown apart, and after spending so much time with MacOS, you’re ready to move on. From replacing tools like Process Explorer to learning the basics of Bash to becoming friends with Terminal, we’ll write our first MacOS .NET core app, edit old 2005 projects, and even see how we can still compile on Windows with Packer for those times when things just plain don’t work. 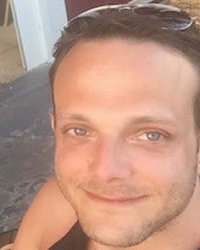 Sebastien has been clogging the internet tubes since 1994, when he started on a long journey of discussing technical matters and unicorns. He is known for having been a keen open-source advocate, sometimes even contributor, a distributed systems aficionado, a ReST proponent, a speaker, a trainer, an architect, a diversity advocate, and anything that he’s managed to put his hands on. His passion has lead him to creating bugs in most languages.

Please remain courteous and constructive. Comments will be moderated.