What I Wish I Knew About Maven Years Ago

Apache Maven is seen by many developers as the defacto build tool in the Java space. Since its early days back in April 2002, Maven has helped developers build projects and assemble artifacts. On the surface not much appears to have changed in the design, structure, and build file syntax, but in reality there are quite a good number of features that have been added through the years that make Maven a powerhouse. 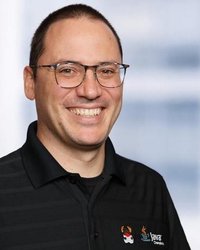 Andres is a Java/Groovy developer and Java Champion, with more than 2 decades of experience in software design and development. He has been involved in web and desktop application developments since the early days of Java. He is a true believer of open source and has participated in popular projects like Groovy, Griffon, JMatter and DbUnit, as well as starting his own projects (Json-lib, EZMorph, GraphicsBuilder, JideBuilder). Founding member and current project lead of the Griffon framework.