Other training is also available:
Register for the training
Kubernetes is how you run Docker in production. Bring your laptop with Docker for Windows or Docker for Mac installed. We'll walk through getting a K8s cluster fired up on Docker-Desktop or Minikube, and on Azure. You'll be hosting Docker containers in development and production in no time.
Part I: Hello Docker Part II: Hello Kubernetes Part III: To the Cloud Part IV: Best Practices 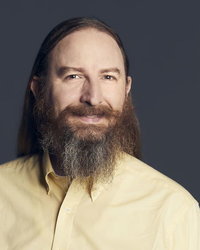 Rob Richardson is a software craftsman building web properties in ASP.NET and Node, React and Vue. He’s a Microsoft MVP, published author, frequent speaker at conferences, user groups, and community events, and a diligent teacher and student of high quality software development. You can find this and other talks on his blog at https://robrich.org/presentations and follow him on twitter at @rob_rich.