Deploying Straight to Production: A guide to the Holy Grail

You've toiled hard on your code, tested it locally, and you're confident it's ready to go. But for some teams, it can take months or even years before you see it in production! With a great deployment pipeline and some clever architecture, there's a better way.

In this session, I'll walk through the realities of a no-touch deployment pipeline that you can trust all the way to production. 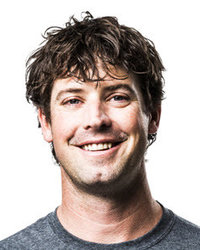 Damian works for Microsoft as a Cloud Developer Advocate in the League of Extraordinary Cloud DevOps Advocates team. He's an Australian speaker, author, and developer currently based in Toronto, Canada.

Formerly a Microsoft MVP and Octopus Deploy developer, he regularly speaks at conferences, User Groups, and other events around the world. But most of the time you'll find him talking to developers and IT Pros to help them get the most out of their DevOps strategies.